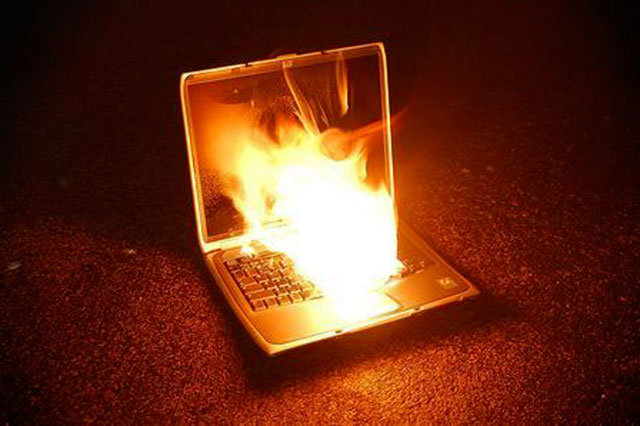 They are now ubiquitous; lithium-ion batteries. Sony introduced the first one in 1991 and since then they can be found in most electronic devices, supplying energy from mobile phones to even Boeing’s new dreamliner aircraft. However even when they were first introduced the inherent safety risks were known. The previous generation lithium-metallic rechargeables had to be recalled based on serious safety concerns. The development of Lithium ion based batteries was to ameliorate previous safety issues but they too could enter a status call ‘thermal runaway’ and explode, however that didn’t stop lithium-ion technology becoming the most successful and safe battery chemistries available. Two billion cells are produced every year.

Thermal runaway is rare in lithium-ion batteries and due to strict manufacturing techniques the probability is reduced. In recent history however Apple and Dell recalled six million  lithium ion batteries due to a fault that could only occur one in every 20,000 batteries, a resounding indication of how manufactures take very seriously the risk posed by Li-ion batteries. The risk of thermal runaway when large quantities of batteries are being shipped has triggered Cargolux to ban bulk shipments of lithium-ion batteries from its freight planes. Last month, an international group of airplane manufacturers urged airlines to ban shipments of the batteries on passenger planes. It is always advisable to buy original replacements and dispose of old batteries appropriately and not clutter a desk draw with them.

Whilst the chemistry of thermal runaway is known and resulting damage catalogued, no one has imaged the status as it happens. That is until now, in a paper recently published in Nature communications, investigators heated two commercial lithium-ion batteries and recorded the resulting explosion, to get a sense for what was going on inside each battery before it blew. This may seem like the best science experiment ever (for an adult with a childish mind), heating things up until they explode. They are good reasons for the research however, by being able to image the batteries as they enter thermal runaway, it maybe possible to develop newer cells that are less likely to go ‘kaboom’. The video below is from the research published in Nature communications and shows quite dramatically what happens as a lithium-ion battery without any preventative support built in is heated.


Warning: sizeof(): Parameter must be an array or an object that implements Countable in /homepages/33/d76628128/htdocs/clickandbuilds/WordPress/MyCMS2/wp-content/plugins/sidebar-login/includes/class-sidebar-login-widget.php on line 213