The No Sweat Shakespeare website is a labor of love from London-based father and son Shakespeare enthusiasts John and Warren King. 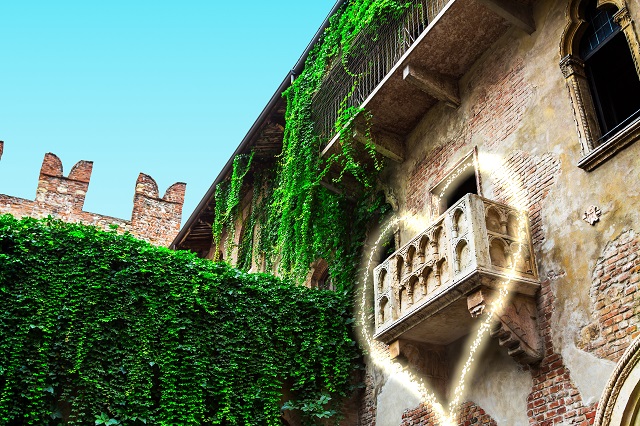 To commemorate the 400th anniversary of Shakespeare we wanted to put together some interesting facts about him, however whilst researching him we came across a website that had already done it and to a standard we could never hope to match. The No Sweat Shakespeare website is a labor of love from London-based father and son Shakespeare enthusiasts John and Warren King. It contains almost everything related to Shakespeare. The 50 facts below are reproduced with kind permission from the website.

Shakespeare’s parents were John and Mary Shakespeare (nee Arden). John came to Stratford from Snitterfield before 1532 as an apprentice glover and tanner of leathers. He prospered and began to deal in farm products and wool before being elected to a multitude of civic positions.

One of Shakespeare’s relatives on his mother’s side, William Arden, was arrested for plotting against Queen Elizabeth I, imprisoned in the Tower of London and executed.

Shakespeare married his wife Anne Hathaway when he was 18. She was 26 and three months pregnant with Shakespeare’s child when they married. Their first child Susanna was born six months after the wedding.

Shakespeare and Anne Hathaway had three children together – a son, Hamnet, who died in 1596, and two daughters, Susanna and Judith. His only granddaughter Elizabeth – daughter of Susanna – died childless in 1670. Shakespeare therefore has no descendants. Read more about Shakespeare’s family.

Few people realise that apart from writing his numerous plays and sonnets, Shakespeare was also an actor who performed many of his own plays as well as those of other playwrights. There is evidence that he played the ghost in Hamlet and Adam in As You Like It.

During his life Shakespeare performed before Queen Elizabeth I and, later, before James I who was an enthusiastic patron of his work.

Shakespeare lived a double life. By the seventeenth century he had become a famous playwright in London but in hishometown of Stratford, where his wife and children were, and which he visited frequently, he was a well known and highly respected businessman and property owner.

It’s likely that Shakespeare wore a gold hoop earring in his left ear – a creative, bohemian look in the Elizabethan & Jacobean eras. This style is evidenced in the Chandos portrait, one of the most famous depictions of Shakespeare.

During his lifetime Shakespeare became a very wealthy man with a large property portfolio. He was a brilliant businessman – forming a joint-stock company with his actors meaning he took a share in the company’s profits, as well as earning a fee for each play he wrote.

Shakespeare’s family home in Stratford was called New Place. The house stood on the corner of Chapel Street and Chapel Lane, and was apparently the second largest house in the town

Sometime after his unsuccessful application to become a gentleman, Shakespeare took his father to the College of Arms to secure their own Shakespeare family crest. The crest was a yellow spear on a yellow shield, with the Latin inscription “Non Sans Droict”, or “Not without Right”.

On his death Shakespeare made several gifts to various people but left his property to his daughter, Susanna. The only mention of his wife in Shakespeare’s own will is: “I gyve unto my wief my second best bed with the furniture”. The “furniture” was the bedclothes for the bed.

Shakespeare’s burial at Holy Trinity Church in Stratford Upon Avon is documented as happening on 25th April 1616. In keeping with traditions of the time it’s likley he would have been buried two days after his death, meaning Shakespeare likely died 23rd April 1616 – his 52nd birthday. 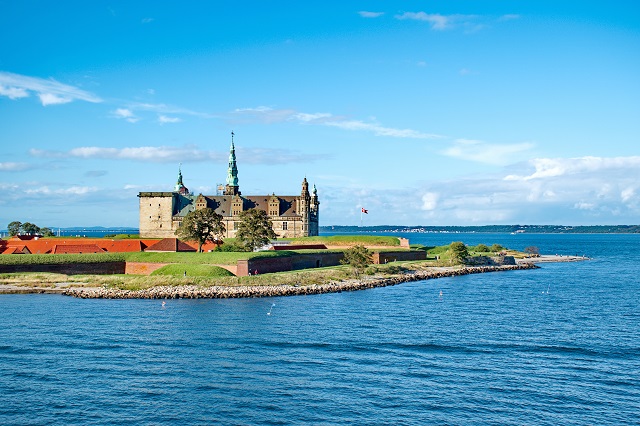 Shakespeare penned a curse for his grave, daring anyone to move his body from that final resting place. His epitaph was:

Good friend for Jesus’ sake forbear,
To dig the dust enclosed here:
Blest be the man that spares these stones,
And curst be he that moves my bones.

Though it was customary to dig up the bones from previous graves to make room for others, the remains inShakespeare’s grave are still undisturbed.

Shakespeare’s original grave marker showed him holding a bag of grain. Citizens of Stratford replaced the bag with a quill in 1747.

Although Catholicism was effectively illegal in Shakespeare’s lifetime, the Anglican Archdeacon, Richard Davies of Lichfield, who had known him wrote some time after Shakespeare’s death that he had been a Catholic.

Shakespeare is most often referred to as an Elizabethan playwright, but as most of his most popular plays were written after Elizabeth’s death he was actually more of a Jacobean writer. His later plays also show the distinct characteristics of Jacobean drama.

Shakespeare has been credited by the Oxford English Dictionary with introducing almost 3,000 words to the English language. Estimations of his vocabulary range from 17,000 to a dizzying 29,000 words – at least double the number of words used by the average conversationalist.

According to Shakespeare professor Louis Marder, “Shakespeare was so facile in employing words that he was able to use over 7,000 of them – more than occur in the whole King James Version of the Bible – only once and never again.”

In Elizabethan theatre circles it was common for writers to collaborate on writing plays. Towards the end of his career Shakespeare worked with other writers on plays that have been credited to those writers. Other writers also worked on plays that are credited to Shakespeare. We know for certain that Timon of Athens was a collaboration withThomas Middleton; Pericles with George Wilkins; and The Two Noble Kinsmen with John Fletcher. 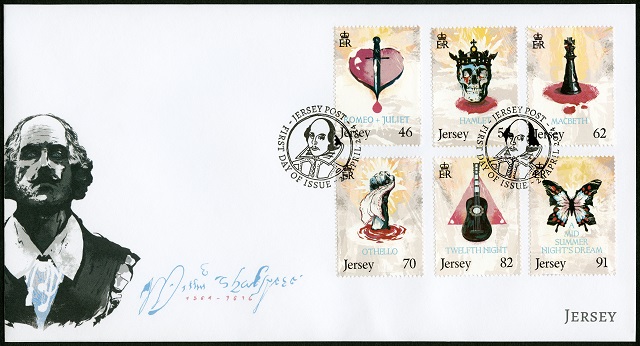 Shakespeare’s last play – The Two Noble Kinsmen – is reckoned to have been written in 1613 when he was 49 years old.

The Comedy of Errors is Shakespeare’s shortest play at just 1,770 lines long.

Some scholars have maintained that Shakespeare did not write the plays attributed to him, with at least fifty writers having been suggested as the “real” author. However, the evidence for Shakespeare’s having written the plays is very strong.

Although Shakespeare is almost universally considered as one of the finest writers in the English language, his contemporaries were not always as impressed. The first recorded reference to Shakespeare, written by theatre critic Robert Greene in 1592, was as an “upstart crow, beautified with our feathers”.

There are only two Shakespeare plays written entirely in verse: they are Richard II and King John. Many of the plays have half of the text in prose.

Shakespeare’s shortest play, The Comedy of Errors is only a third of the length of his longest, Hamlet, which takes four hours to perform.

Two of Shakespeare’s plays, Hamlet and Much Ado About Nothing, have been translated into Klingon. The Klingon Language Institute plans to translate more! (If you’re into quirky Shakespeare facts check our our  list of 23 things you never knew about Shakespeare)

The National Portrait Gallery in London’s first acquisition in 1856 was the ‘Chandos’ portrait of Shakespeare, attributed to the artist John Taylor. It’s now considered the only representation of the writer that has any real claim to having been painted from life. (See a gallery of Shakespeare portraits.)

The moons of Uranus were originally named in 1852 after magical spirits from English literature. The International Astronomy Union subsequently developed the convention to name all further moons of Uranus (of which there are 27) after characters in Shakespeare’s plays or Alexander Pope’s The Rape of the Lock. 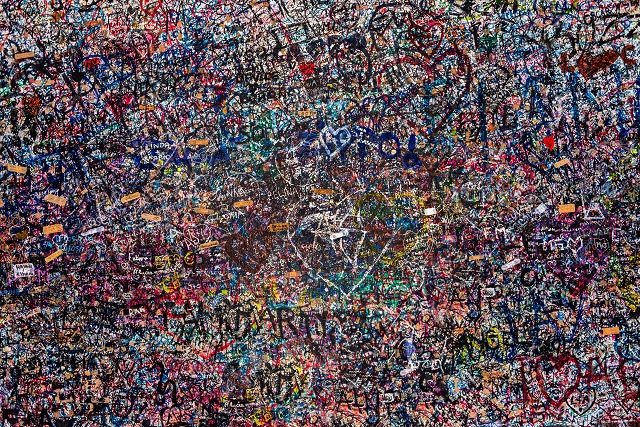 Shakespeare had close connections with King James I. The King made the actors of Shakespeare’s company ‘Grooms of Chamber’, in response to which Shakespeare changed the company’s name from the ‘Lord Chamberlain’s Men’ to the ‘King’s Men’. The new title made Shakespeare a favourite with the King and in much demand for Court performances.

The Royal Shakespeare Company sells more than half a million tickets a year for Shakespeare productions at their theatres in Stratford-on-Avon, London and Newcastle – introducing an estimated 50,000 people to a live Shakespeare performance for the first time each year.

Shakespeare never actually published any of his plays. They are known today only because two of his fellow actors – John Hemminges and Henry Condell – recorded and published 36 of them posthumously under the name ‘The First Folio’, which is the source of all Shakespeare books published.

The United States has Shakespeare to thank for its estimated 200 million starlings. In 1890 an American bardolator, Eugene Schiffelin, embarked on a project to import each species of bird mentioned in Shakespeare’s works that was absent from the US. Part of this project involved releasing two flocks of 60 starlings in New York’s Central Park.

The American President Abraham Lincoln was a great lover of Shakespeare’s plays and frequently recited from them to his friends. His assassin, John Wilkes Booth was a famous Shakespearean actor.

Candles were very expensive in Shakespeare’s time so they were used only for emergencies, for a short time. Most writers wrote in the daytime and socialised in the evenings. There is no reason to think that Shakespeare was any different from his contemporaries.

Rumour has it that poet John Keats was so influenced by Shakespeare that he kept a bust of the Bard beside him while he wrote, hoping that Shakespeare would spark his creativity.

It was illegal for women and girls to perform in the theatre in Shakespeare’s lifetime so all the female parts were written for boys. The text of some plays like Hamlet and Antony and Cleopatra refer to that. It was only much later, during the Restoration, that the first woman appeared on the English stage.

Shakespeare is the second most quoted writer in the English language – after the various writers of the Bible.

Shakespeare’s Globe Theatre came to a premature end on 29th June 1613 after a cannon shot set fire to the thatched roof during a performance of Henry VIII. Within two hours the theatre was burnt to the ground, to be rebuilt the following year. (See our article on interesting facts on The Globe Theatre.)

An outbreak of the plague in Europe resulted in all London theatres being closed between 1592 and 1594. As there was no demand for plays during this time, Shakespeare began to write poetry, completing his first batch of sonnets in 1593, aged 29.
Shakespeare in words

‘William Shakespeare’ is an anagram of ‘I am a weakish speller’.