| A New BMW Club to Join

I thought with my mentality having switched from the thunderous roar of V8s to the futuristic hum of electrics, the M5 itch was scratched. I was wrong. 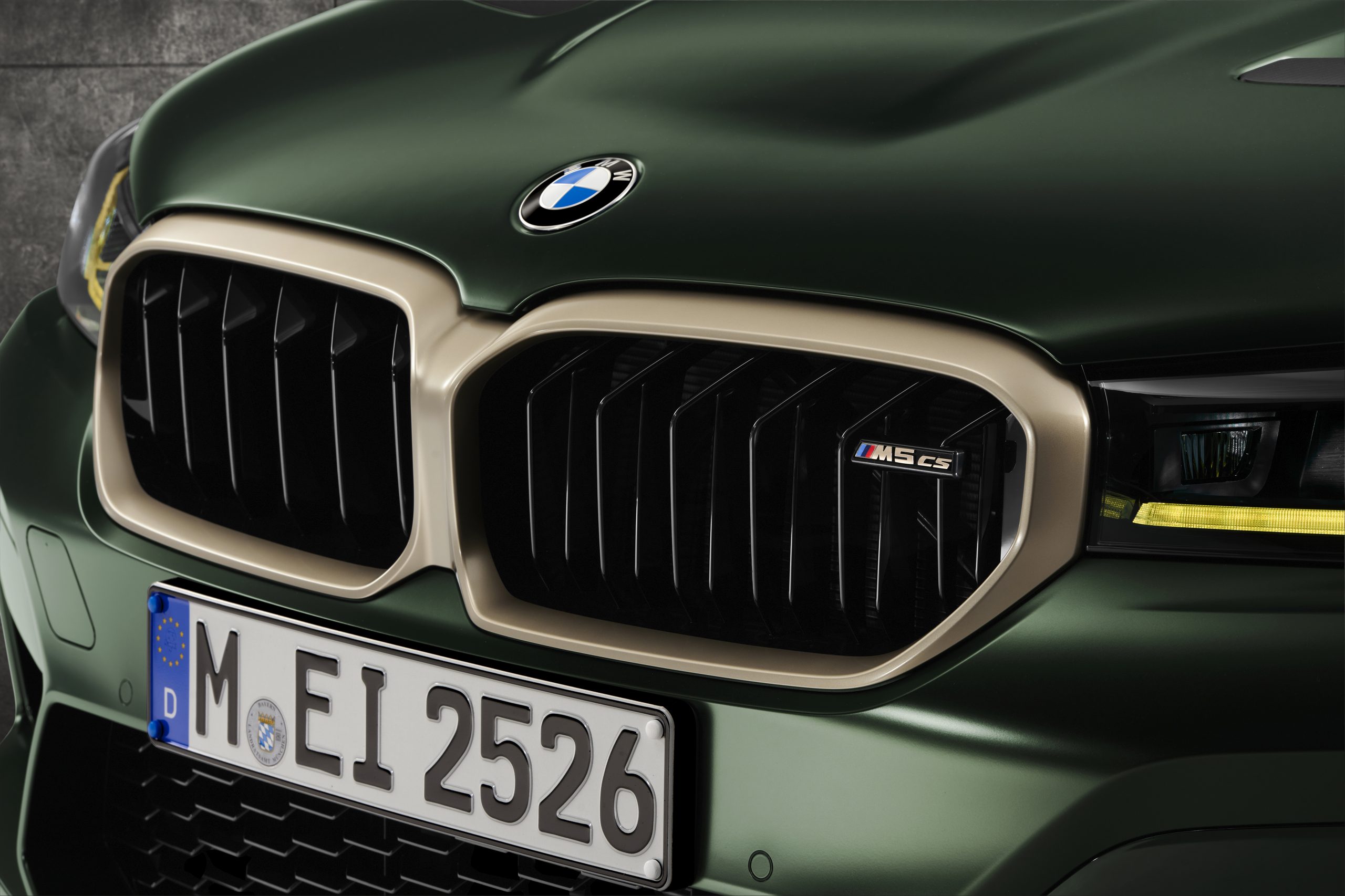 I can’t remember when it happened or even how but without doubt the BMW M5 is in my psyche. It crept in there. It was the first car I would look to drive on racing games such as ‘Need for Speed’ and I grew a sixth sense that alerted me when I was in close proximity of one. I couldn’t quite explain why when I could afford one, I avoided the purchase. I test drove an E39 M5. It was exquisite, extended Auburn Dakota leather wrapped in Le Mans blue paintwork. I was so close to acquiring it but at the last moment opted for an E38 (an Alpina variant nonetheless).

When I finally consummated my love affair with the M5 it happened without any great fanfare, almost in a habitual manner. It was the F10 variant, in Imperial Blue and with the interior dressed in Merino leather. Gemma and I were expecting our first child back then and the M5 fitted into our future perfectly; practical but a brutal sports car when it was required to be. The M5 has always been the quintessential ‘Q’ car for me. Moreover, my example had spent its early days in the streets of Highgate doing the school run. It had marks on the rear seat to prove it. I couldn’t care less. The car fitted me like a glove and my anticipation of M5 ownership was fulfilled.

I no longer have my M5, having exchanged it for the new brave world of hybrids and electric cars. I thought with my mentality having switched from the thunderous roars of V8s to the futuristic hum of electrics, the M5 itch was scratched.  I was wrong. 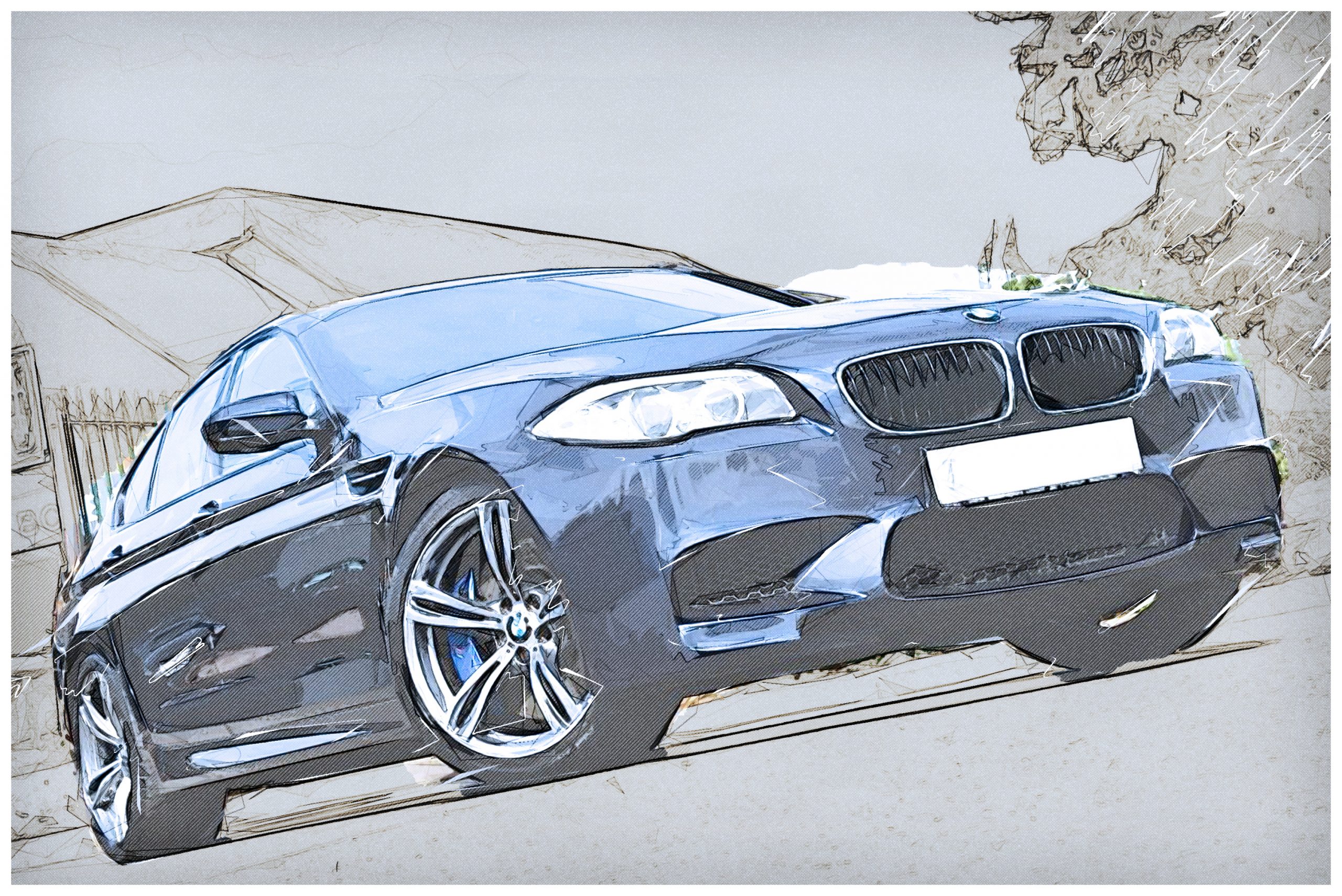 My first M5 was from the F10 generation, the era of the twin turbo V8’s and the last of the pure rear wheel drive M5s.

BMW have never produced a true special edition of the M5. They have produced variants, notably the E34 Nürburgring edition and more recently the F90 M5 competition. Whilst M5 cousins such as the  M3 and M2 have had special edition Club Sport (CS) versions in limited runs, there have never been similar releases in the M5 line up, until now.

Whilst the BMW M5 CS borrows some DNA from the outgoing M5 Competition it is a unique milestone in BMW’s M power history. The M5 CS is the most powerful and fastest production M car that BMW has ever produced. It takes the twin turbo 4.4. litre seen in recent M5s and extracts 635 horsepower from it, propelling the car from a standstill to 62mph in 3.0 seconds and goes on to an electronically governed maximum speed of 189mph (historically BMW have always quoted conservative acceleration figures, so expect the real 0mph to 60mph time to be 0.2 or 0.3 seconds less than the quoted time). It has a list price of £140,780 (on the road – OTR) and will be produced as a limited production run.

It will only be produced with three colour options Brands Hatch Grey metallic or exclusive BMW Individual matt paint finishes; Frozen Deep Green metallic and Frozen Brands Hatch Grey metallic. It has gold bronze accents all over it, including the light weight alloys. Even the Laser lights are unique to this car, having yellow accents. The car weighs 70kgs less than the M5 Competition, mainly due to the judicious use of carbon fibre. The bonnet, front diffuser, rear spoiler and mirror caps are all carbon fibre. It still maintains it’s Q car accreditation despite the exclusive colours and accents. Even though the dual-branch, flap-controlled exhaust system has been designed to amplify the engine note and offer sportier and clearer feedback, it can be toned down through using a non SPORT engine mode or through the M power buttons mounted on the steering wheel. 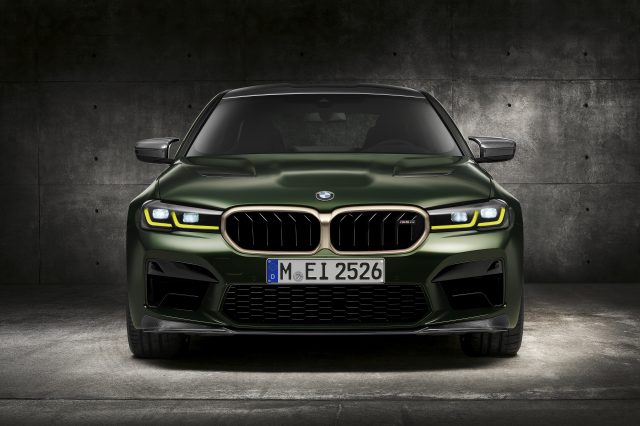 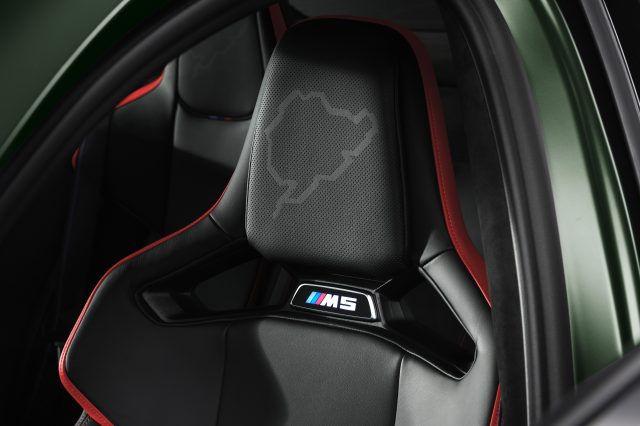 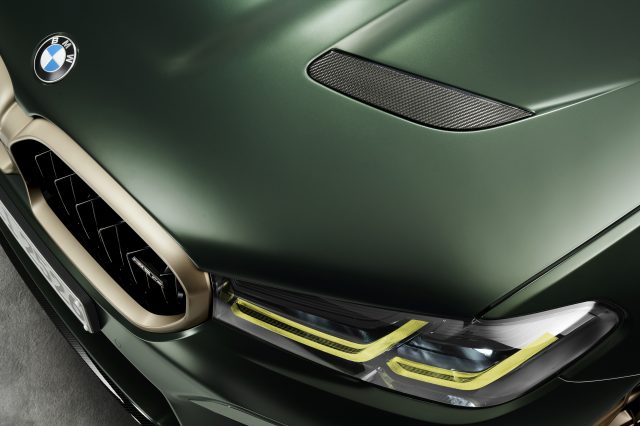 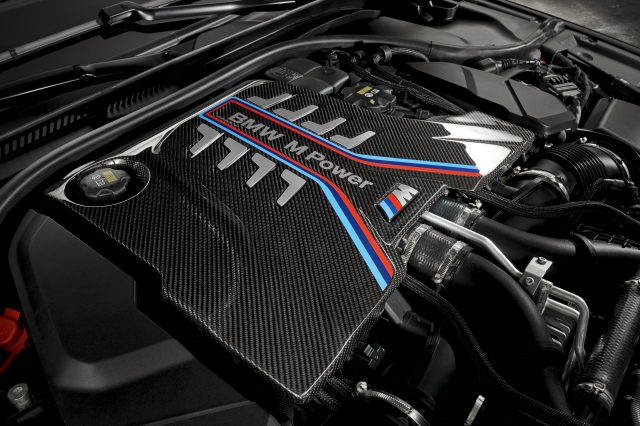 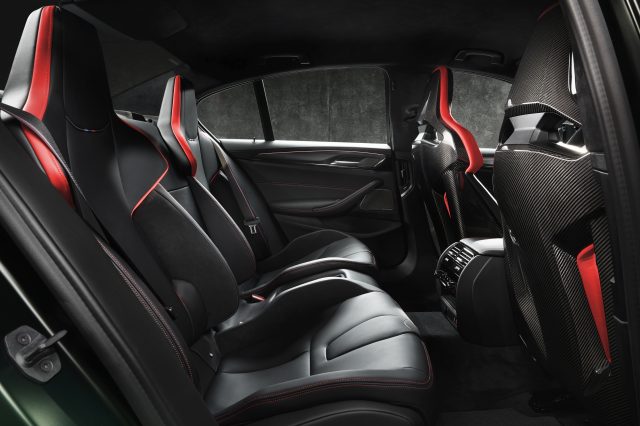 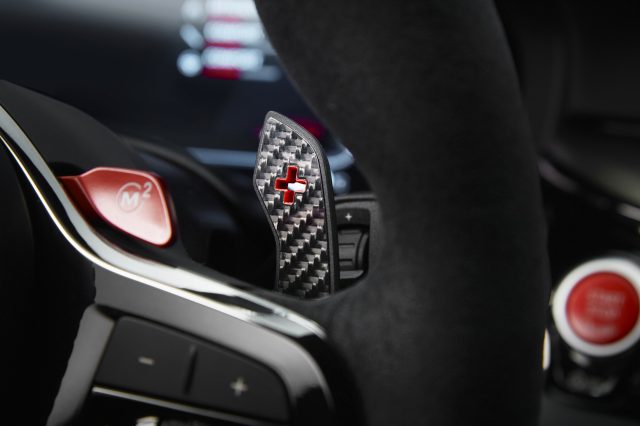 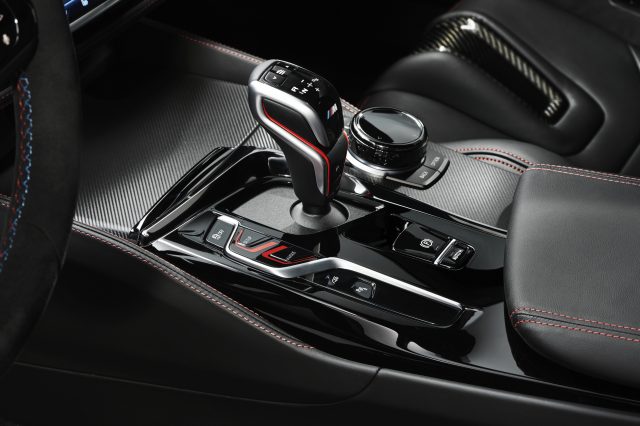 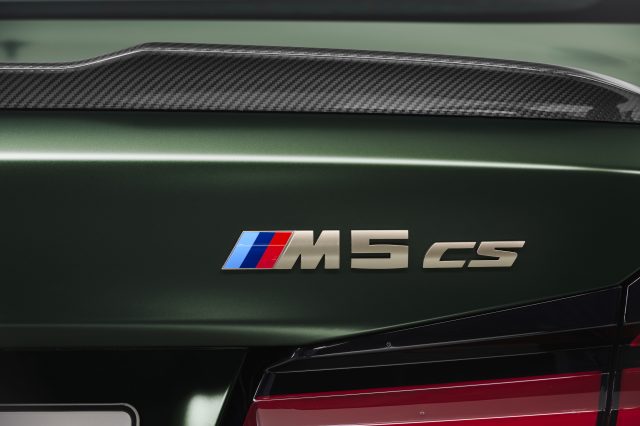 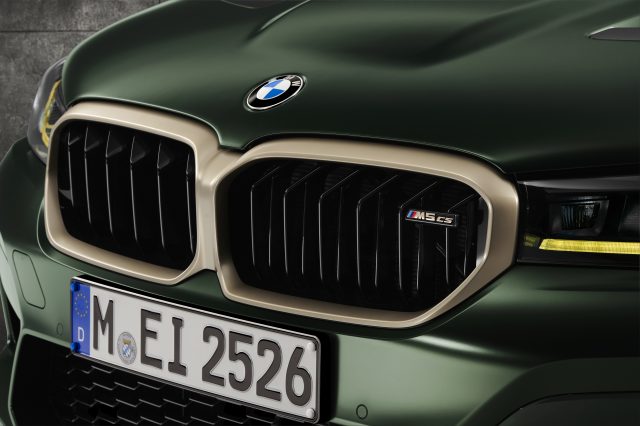 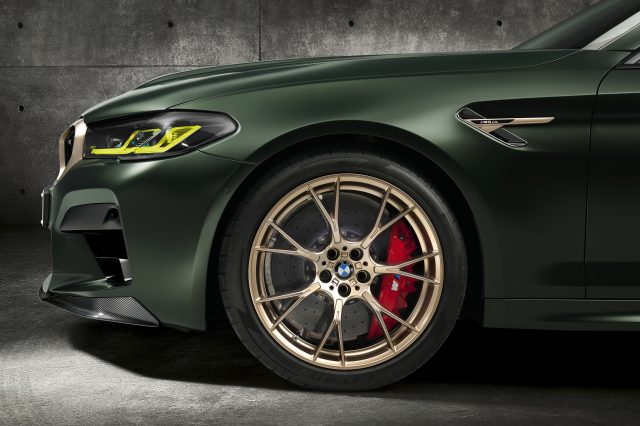 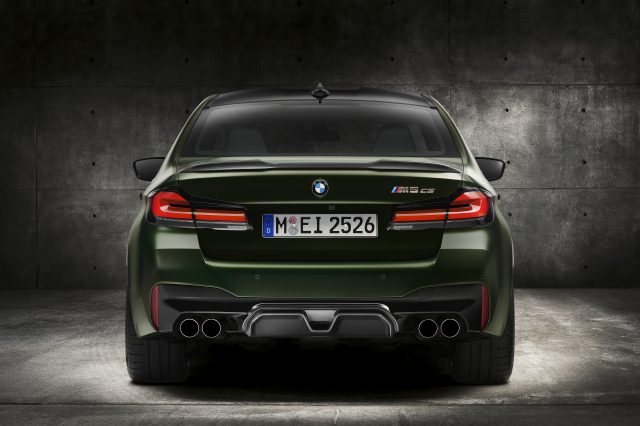 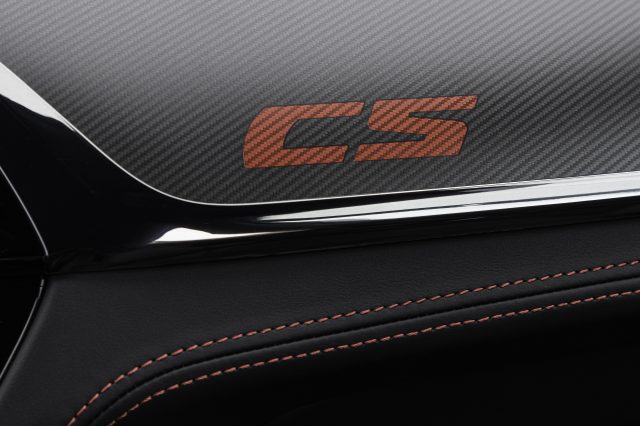 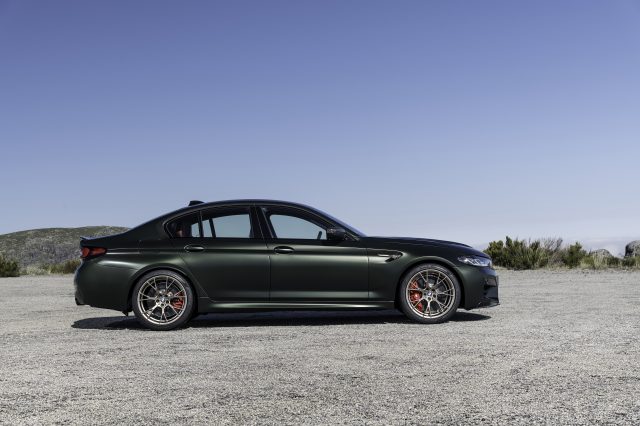 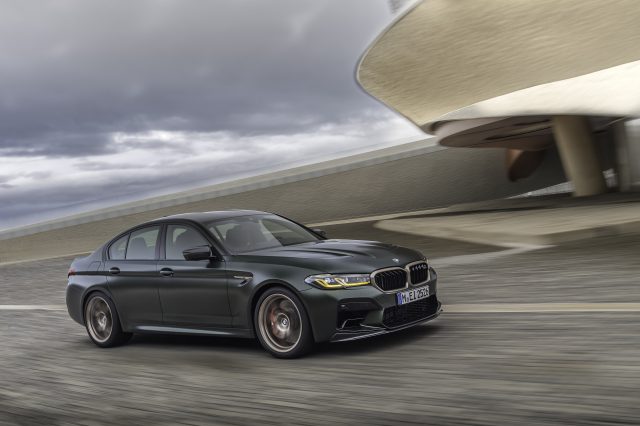 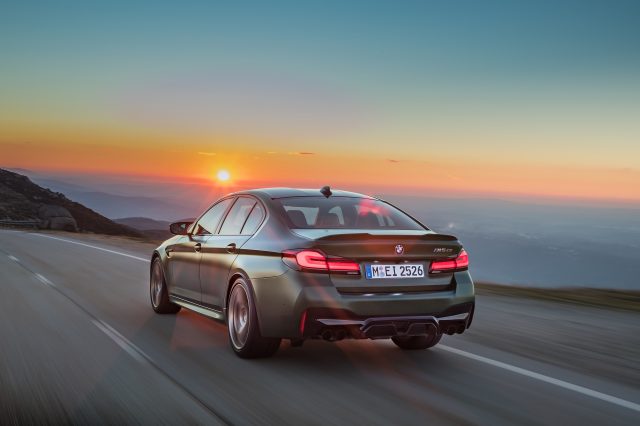 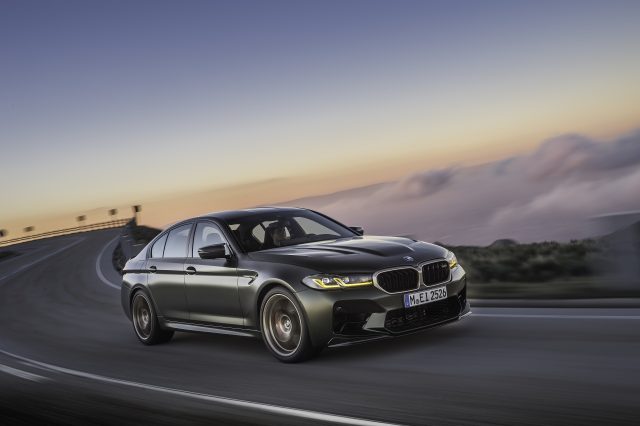 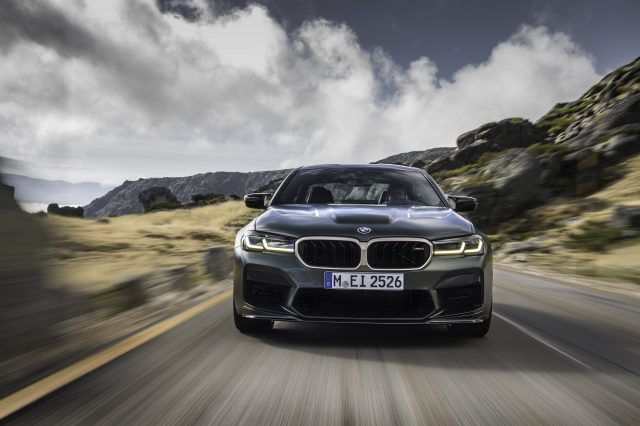 The car is track ready, having bespoke engine mounts and improvements have also been made to lubrication and cooling, including an oil pan with a small front sump and an indirect charge air cooling system, which is extremely effective despite taking up little space. The oil supply system uses a fully variable, map-controlled pump and has been designed for outings on the racetrack, where it can handle very high levels of longitudinal and lateral acceleration. It sits on the M5 Competition’s chassis but has a seven millimetre drop in ride height. It’s shock absorbers are borrowed from the BMW M8 Gran Coupé. The CS comes with ceramic brakes as standard, which are 23kg lighter than the M compound brakes on the M5 Competition.

The interior of the car continues the bespoke theme, having 4 carbon fibre tub seats taken from the current M4. The photos suggest that the cabin is a special place and exhalates BMW M car interiors. There is a prominent CS badge on the dashboard and an outline of the Nürburgring on the headrests.  The interior is bathed in black Merino leather with red double stitching. The steering wheel is clad in Alcantara as per all CS variants and there is further bespoke CS stitching in most places. Flanking the steering wheel are two red M power buttons that can be programmed and next to them carbon fibre gearshift paddles. It all exudes sports car prowess.

It’s unlikely that BMW will discount this car. For the asking price it pretty much comes with everything you can think of, it’s unlikely that a prospective buyer will need to view the options list (it’s debatable whether there will be one for it). The car has been released and the first deliveries are expected this spring.

My M5 itch is back. All I have to do now is find the nearest bank I can rob.