|End of the Big Dream? 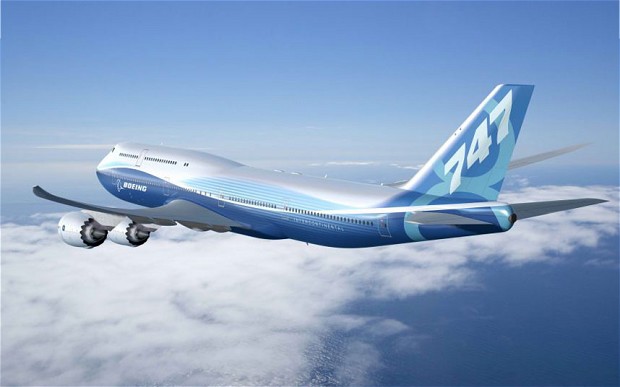 It was conceived on a fishing trip between the CEOs of PAN AM and Boeing. When finally created in 1969 it was the biggest airliner in the world, first wide bodied and ‘two tier’ passenger aircraft and it ushered in a new age of travel. Nick named the ‘Jumbo Jet’ and the ‘Queen of the Skies’, it has flown the equivalent of half the world’s population and racked up over 42 billion nautical miles (the equivalent of 101,500 trips from earth to the moon and back). The latest 747, given the nomenclature dash eight hundred, recently flew 8 mph short of going supersonic. The original design has latest the test of time, though improvements in range, speed, acoustic efficiency, aerodynamics and capacity have been made over the years. Despite its global success it now appears that the days maybe drawing in for this queen.

Boeing earlier this year announced that from September 2016 they will be reducing production of the 747 to just six per annum. The Seattle-based manufacturer currently has just 20 orders for 747s, two of which are replacement for the US president’s official flight. Competition from more efficient twin engined planes has reduced the attraction of the 747. Unlike the Jumbo, the new era of long distance, twin engined, smaller planes means they can land usually at more destination airports without being restricted to hub airports (such as Heathrow), unlike the 747.  The current desire of the same hub airports to become cleaner and quieter is also placing pressure on 747s to be phased out by their operators. As well as targeting noise the airports are targeting NOx pollutants, from 2017 it will cost around £3,650 in environmental tariffs compared with just over £1,000 for a 787 to land at Heathrow.

British Airways at one time was the the biggest operator of 747-400s but now but has started retiring its fleet in favour of more fuel-efficient planes: A380s now, the upcoming A350, and Boeing’s own smaller 787 Dreamliner. However BA have stated that they won’t phase all their 747s out in the near future. They have been the back bone of the BA  long haul fleet and they still have 42 operating.

The 747’s main rival the Airbus A380 is also not fairing so well against the newer twin engined planes. Since launch about 317 A380s have been ordered but now interest is dwindling. Boeing claims the wide-body, or twin-aisle, sector of the aircraft market will be of dwindling importance, with the A380 unlikely to succeed in the same manner as the 747, despite their bias Boeing are probably correct.

I personlly think that the 747 is a beautiful aircraft, by comparison the new Airbus A380 appears lumbering in flight and unable to hide its weight. I will lament it’s passing. However it is a 20th century icon, so I doubt it will be forgotten.