I get kids from all different cultures and nationalities coming up to me now, all wanting to be F1 drivers. They feel the sport is open to everyone. 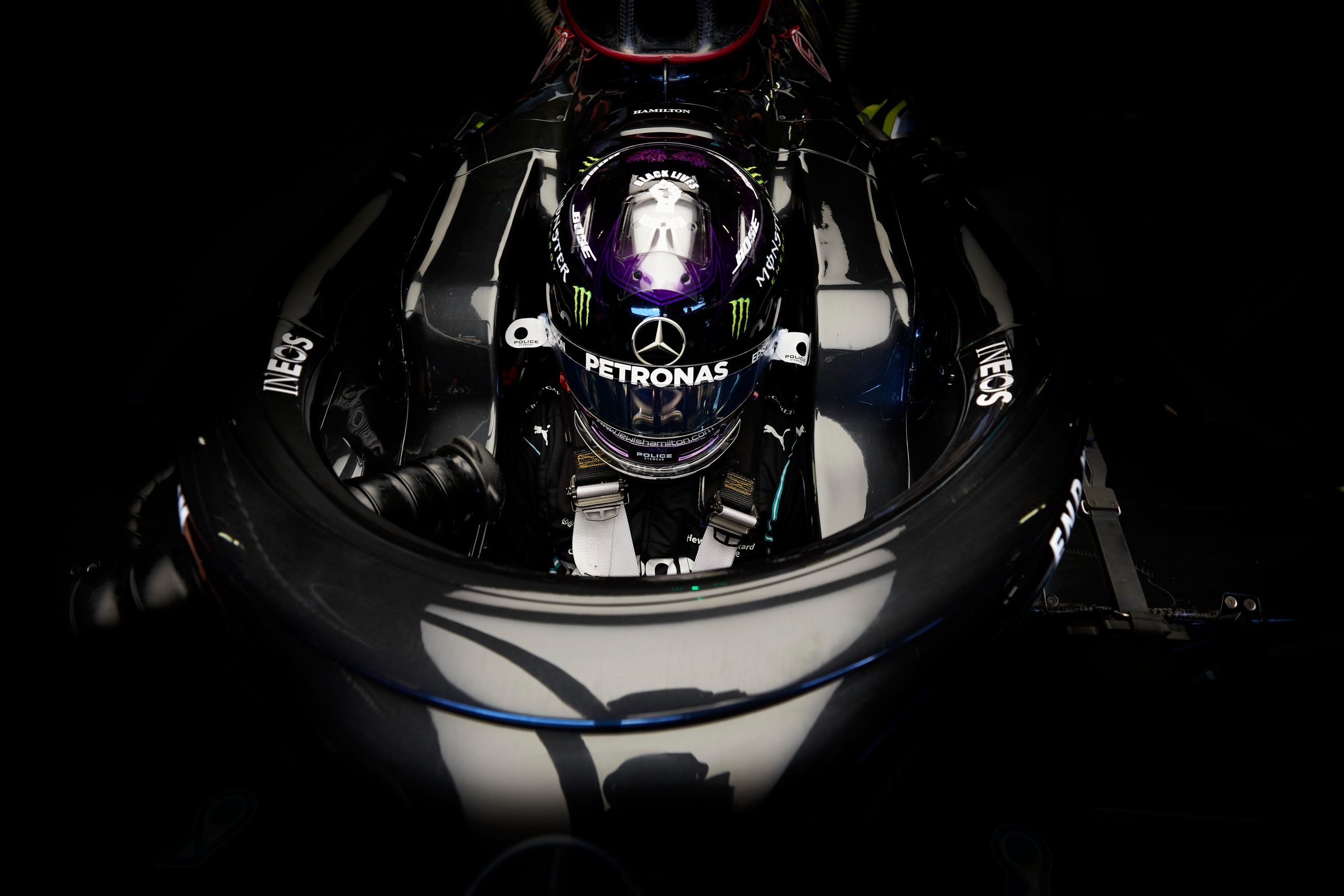 I have had a passion for motorsport from a young age, in particular formula one (F1). I don’t know where it came from. My father did watch the ‘Sunday race’ with my brothers and I but it was a casual affair. I do have a very early memory of being taken to see a wall of death in Sri-Lanka. We were so close to the wall that the roar of the motorbike engines and tyres on the wood ripped through you. It gave me a visceral admiration of the raw power of engineering and for the bravery of the intrepid men and women that harnessed it. Even for a four year old child the mortal danger was evident. I almost pursued a career in engineering, spending two weeks at Rolls Royce in Derby as part of their work experience programme.

The first time I went to a grand prix it overwhelmed my wall of death memory. The scream of the V12s could be heard a mile from the track. It heightened the fervour and anticipation. The experience at track side was akin to that of being physically assaulted but being so invigorated by the brutality that you kept taking the punches. I hadn’t taken any form of protection for my hearing. The resulting tinnitus lasted a week. The cars were resplendent, powerful, elegant beasts but their handlers were the real heroes. Modern day knights riding their steeds of polished carbon fibre.

For a long time Ayrton Senna embodied the sport for me. I was in Chepstow that Sunday when he died. Senna had raw speed, a divine gift to make a formula one car perform beyond the limitations of its design and engineering. At times this was almost supernatural. Michael Schumacher (who became F1’s icon after Senna’s death) excelled in the craft of racing. He was a skilled machine that was relentless. Without Schumacher, Ferrari could not have become the team they did in the early two thousands. Whilst I am in awe of Schumacher’s skill and achievements I did miss the magic that seemed inherent in Senna. 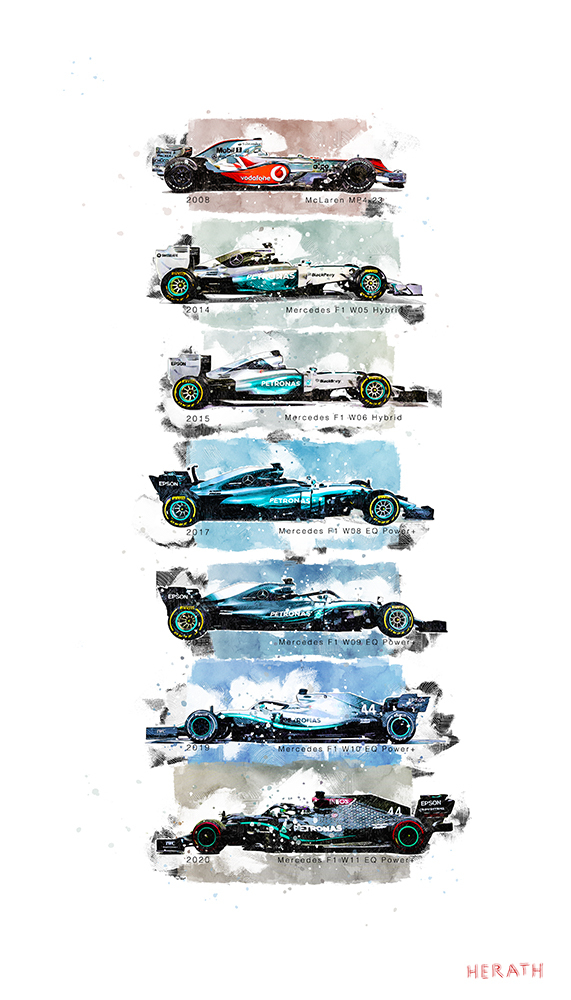 The underbelly of F1

The infatuatious relationship I have with F1 was (and still is) an uneasy one. I couldn’t reconcile my distain for the management that ran F1. A management that appeared to be a clique, ever ruthless in their pursuit of new audiences and willing to overlook the ‘small misdemeanours’ (such as human rights abuses) of their ever increasing fraternity of global partners.

To be fair there is a new management structure and there have been initiatives to make the image of F1 wholesome. Initiatives such as the removal of the ‘grid girls’, banning the advertising of tobacco and alcohol (though those two were inevitable due to changes outside of the sport). The teams themselves have been the instigators of change but the omnipresent ‘Concorde’ agreement keeps a focus on making F1 more commercially successful and means there is a symbiotic relationship between the two.

One area that has made little progress in F1 over the decades is the diversity and inclusion agenda. This year in response to the #BlackLivesMatter movement, F1 launched the #WeRaceAsOne measure but this should be regarded as the first step of many that are needed. Liberty Media (the company that currently owns the Formula One Group) have much to do themselves in diversity and inclusion when you glance at their company management team  and board of directors. When Lewis Hamilton entered F1 in 2007 I was eager with anticipation that his arrival would bring with it sustained change for diversity in F1.

A driven and exceptional talent

Hamilton’s arrival in F1 was inevitable despite not being a stereotypical F1 driver. He had been signed to the McLaren young driver programme at the age of 12 after he had won the super One and British championship twice. In karting he had been the youngest driver to win the British cadet karting championship and the bookmakers were then already giving odds on him being a world Formula 1 champion by the age of 25. He progressed in karting through Intercontinental A (1999), Formula A (2000) and Formula Super A (2001) ranks, and became European Champion in 2000 with maximum points. The British Racing Drivers’ Club (BRD) made him a ‘rising star’ member in 2000. 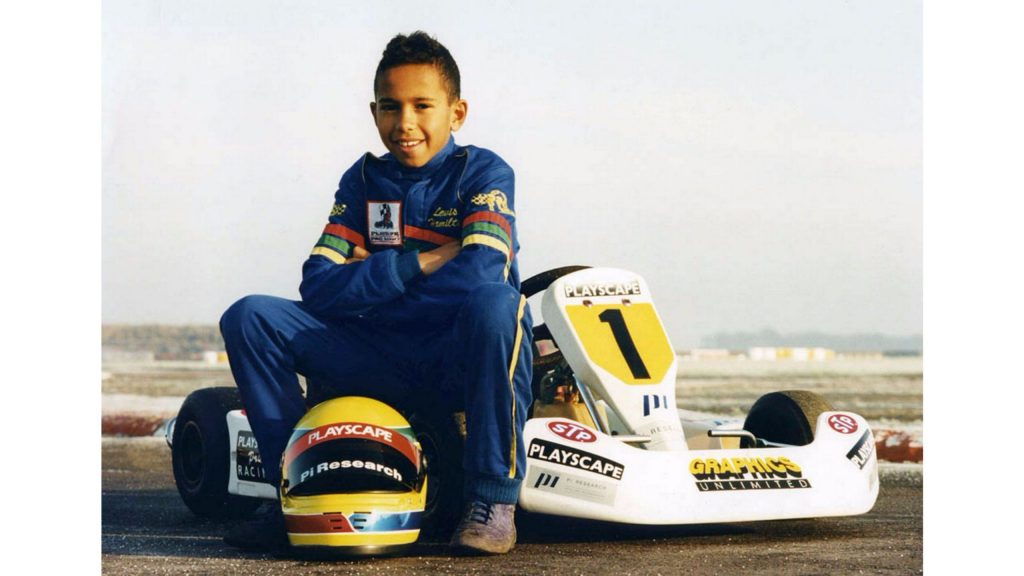 Sir Lewis Hamilton learnt his craft at the kart tracks of Hertfordshire.

He began his car racing career with Manor Motosport in 2001 and remained with them for 4 years wining the Formula Renault UK Championship and Bahrain Superprix. In 2005 he won the Formula 3 Euro Series and Masters of Formula 3 having joined the ASM Formule 3 team. In his maiden year in Formula 2 (2006) driving for ART Grand Prix he won the GP2 series. The next year he was in F1. His plethora of talent saw him challenge for the World Championship with him narrowly missing out and finishing second. He was already setting records; most consecutive podium finishes from debut, the joint most wins in a debut season and the most points in a debut season. In his second year he clinched the title in a  nail biting finale in Brazil (a race I revisit on YouTube despite knowing the outcome).

He then had 5 years by his standard that were mediocre – with either 4th or 5th place championship finishes. By Hamilton’s own admission he had lost focus. Having surprisingly joined the Mercedes AMG Petronas F1 team in 2013 with coaxing from Niki Lauda and regained his mojo. He went on to become arguably the most dominant force that F1 has ever seen. In part that dominance was due to the team around him and the car underneath him, both of which Hamilton exploited and fostered to excel his exceptional talent.

My anticipation of Hamilton’s arrival in F1 was not only to see what his talent could achieve but was based on his ethnicity. I had this naïve expectation that he would pioneer a new era of diversity and inclusion, opening the sport up (especially in the lower formulas) to wider group of people to build their careers in. Hamilton could not have arrived in F1 without having experienced racism but he rarely spoke about this. He didn’t even pass comment at his differential treatment by the British media and some aspects of our society when compared to other drivers, especially fellow British drivers like Jenson Button.  Some of this treatment had racist undertones. It still occurs today. Whilst I was thrilled to watch him on the track, I couldn’t help feeling short changed. Why was he not fighting back? 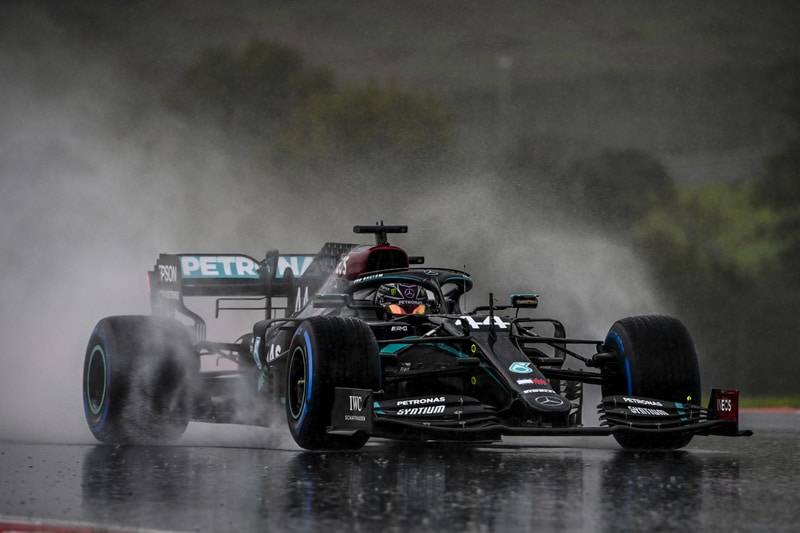 Why is it that we expect more of our idols than we do of ourselves sometimes? It was only this year bolstered by the #BlackLivesMatter movement that I began to have the confidence to speak out about diversity and inclusion in my professional life. The horrific murder of George Floyd at the hands of law enforcement officers was cataclysmic. It galvanised the truth that humanity was still fragmented, prejudiced and exclusive in many societies, that we had a long way to go to attain equality for all. Hamilton’s response to these events enlightened me, dispelled my ignorance and placed him on a much higher pedestal than any of the great drivers that preceded him.

Hamilton’s affirmative action in supporting the #BlackLivesMatter movement and call to improve diversity and inclusion in the sport gained him broad support. Toto Wolfe (the team principle of Mercedes F1) and the team voiced their support and made the unprecedented move of changing  the livery of the silver arrows to black. A few suggested that the fact Hamilton had succeeded in the higher echelons of the sport indicated that a problem did not exist in F1. These comments missed the point of the equality agenda.

Hamilton never seemed to falter with his new found voice and this confidence seemed to elevate his driving on the track to sublime levels. His qualifying lap in the rain at the Styrian Grand Prix was imperious. The drive to secure his seventh world championship was a masterclass in wet weather driving. This season even a flat tyre did not stop him winning.

The emotion when Hamilton secured the championship and matched what had seemed an unassailable record revealed his true career aspirations. I don’t think he was being disengious when he said “tried to ignore the fact [he] was the first black guy ever to race in the sport” at the start of his career. His dream though had not been one of being accepted as the first black man in F1 it was to be accepted as the greatest F1 driver of all time. This was affirmed by his tearful words on wining – My whole life I’ve secretly dreamt as high as this. I remember watching Michael winning those championships. We always hear just to get 1 or 2 or even 3 is so hard to get – 7 is just so unimaginable. There’s no end to what me and this team can do together. What a day. A lot to take in”. What better way was there to comment back to the doubters, the racists and the envious. I was truly humbled this season as Hamilton conquered the last few remaining records available to him, beguiled by his driving like never before and awe struck by his bravery both on and off the track.

Finally Hamilton has been knighted. An honour that had been withheld from him apparently because of his tax arrangements (being a resident of Monaco). I distrusted this reasoning, his continued success helps provide jobs and career development for the employees of the British based Mercedes racing team. This year it also appears that he will turn his attention to some of those dubious global partners of F1, in particular those with atrocious human rights records. I think this is the year that Sir Lewis Hamilton became the man he was always destined to be. Without doubt he will continue to rise, though I do fear that he may do it away from F1 or maybe he will swap with George Russell and give himself the challenge of helping rebuild the Williams F1 team. Either way the journey to date has been inspirational and an education. A privilege to watch unfold.