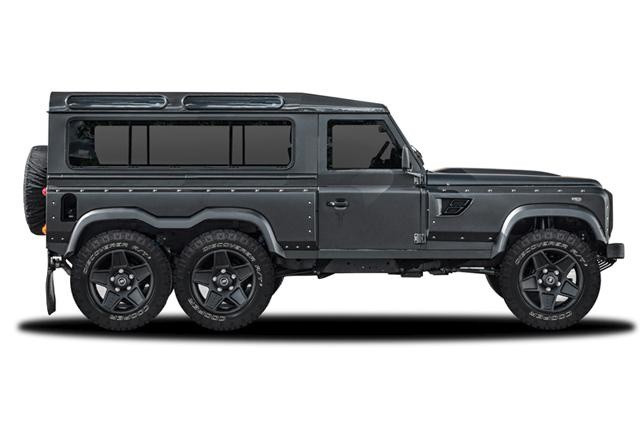 Kahn at the Geneva motor show revealed what had to be one of the stranger concept cars. Code named ‘Mission 1’, it’s a 6×6 version of their Flying Huntsman. It is based on the Land Rover Defender 110 and has a 6.3L GM LS3 V8 sending around 430bhp to all 6 wheels via a 6 speed automatic transmission. The specifications and appearance are reminiscent of the the Mercedes-Benz G63 AMG 6×6. This is not the first time there has been a 6 wheeled lanny. 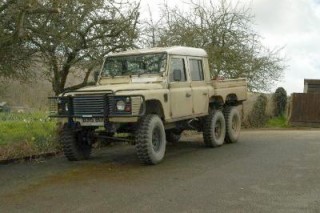 There have been many 6X6s in the world of the Defender

The Sandringham is such an example, though there have been many others, the original Defender chassis has lent itself to being manipulated well, giving the Defender its legendary ‘go any where, conquer anything’ reputation.

The Huntsman 6×6 keeps most of the classic defender looks and will have Kahn hallmarks tastefully integrated, such as their panoramic roof. The full interior has not been set but Kahn’s previous offerings should mean bespoke luxury interiors will be the norm.

The car also has uprated brakes and suspension with locking differentials. Kahn state that the 6×6 will be ‘comfortable outrunning any road-going SUV‘. With the specifications it is hard not to imagine that being the case, though true handling may be different.

If the concept makes production (which it is likely to do) then it will have a price tag well over that of the 4×4 Huntsman, which will be around £150,000, it still could be considered a bargain considering that the Mercedes 6×6 starts at £370,000. Undoubtedly many will make their way to be play items on the dunes of the Middle East, with the odd one trundling around Knightsbridge or Cheshire. 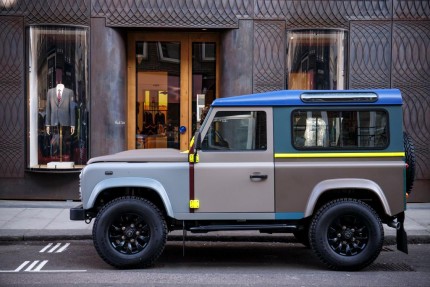 Kahn will probably not be the last aftermarket customization company to give the current Land Rover a suitable farewell. Paul Smith has created a bespoke Defender inspired by the heritage of Land Rover, it was revealed in his Mayfair store earlier this month. Since the announcement that production of the current Land Rover will cease in December of this year, the newly launched commemorative models the Heritage, the Adventure and the Autobiography are now largely sold out. Personally I hanker after a ‘TWISTED’ lanny.