“If we see a hedgehog staring in the camera, we would know there’s current and certainly ancient life on Mars, but based on our past experiences, such an event is extremely unlikely. Extraordinary claims require extraordinary evidence, and the discovery that life existed elsewhere in the universe would certainly be extraordinary.” 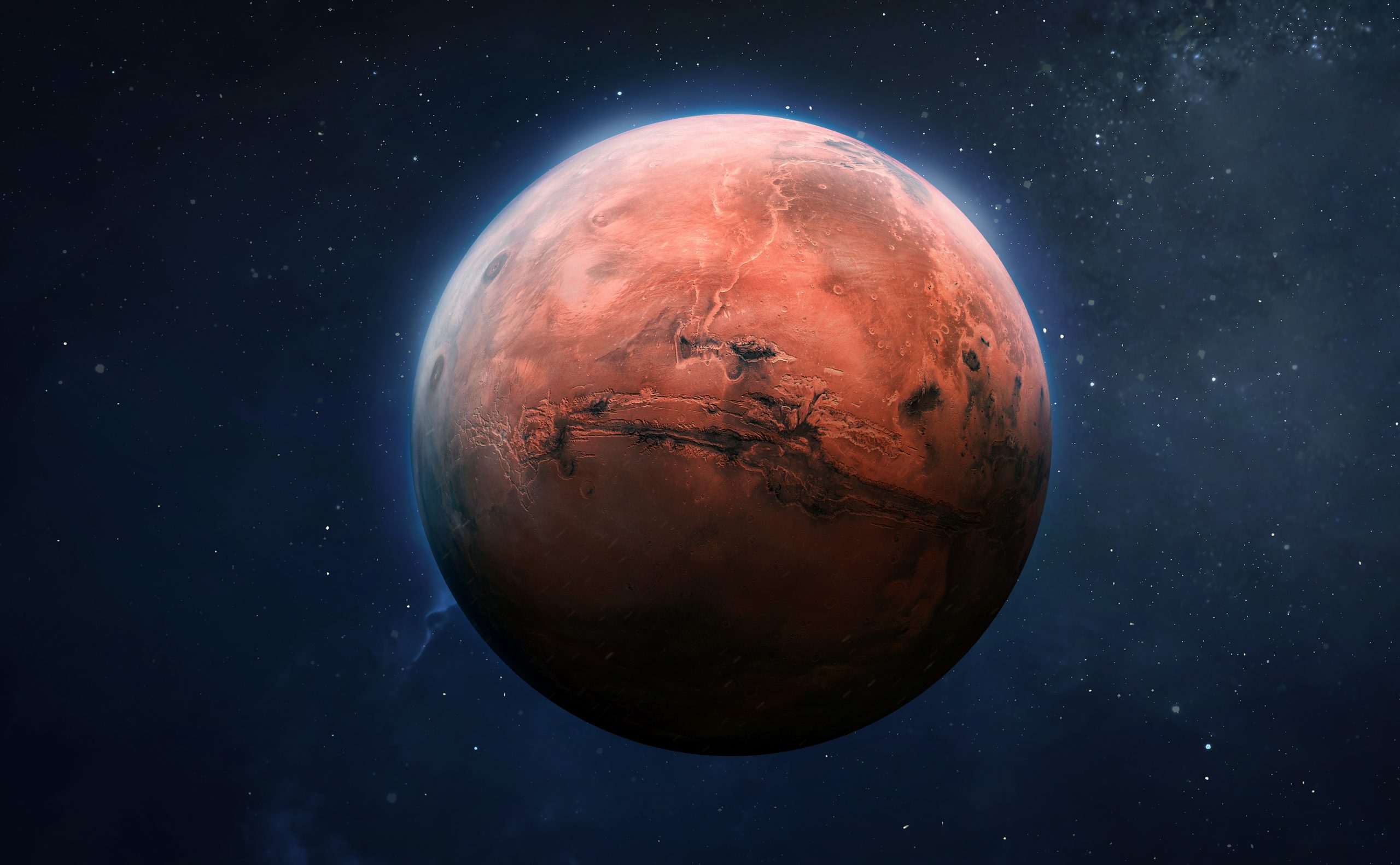 So, those that know me are aware that I am a big fan of the Space Programme. I think it wonderous that have been to the moon and photographed the planets in a solar system. I find it scintillating that the more we discover about these worlds the universe becomes even more fantastical, magical even. I am awestruck that expansive, innovative and imaginative thinking theorised some of the Universe’s wonderous objects long before we discovered their physical existence. If you stop and ponder that fact alone, it not only saturates the mind with the possibilities of our own existence but reflects the complexity of it as well. We still have yet to acknowledge and exploit the power of our brains and the minds they create.

In these oppressive and dark times, I believe that looking up to the stars is not only necessary but is therapeutic for us as a species. With all this thinking, knowledge and wisdom to date there is a question that still haunts us or at least me – ‘are we alone in the universe?’

The closest planet to ours that may have harboured life is Mars. We have speculated this through academic discourse, in creative thinking and the idea of Martians have permeated our collective consciousness. What we each envisage a Martian to be though differs greatly. Within the scientific community it is a carbon based, unicellular organism or even a simple material that replicates. It is highly unlikely to be Marvin or Orwell’s monsters or even the ghosts of Bradbury’s chronicles. NASA’s (National Aeronautics and Space Administration ) 2020 mission to Mars; Perseverance  Rover is our best chance to find out and it landed on Mars last week.

The Mars 2020 mission is the latest in a programme (Mars Exploration Programme MEP) that began in 1994 and has four mission objectives:

The Perseverance rover carries 7 key instruments to support the mission achieving its objectives, these are :

An advanced camera system with panoramic and stereoscopic imaging capability and the ability to zoom. The instrument can also help scientists assess the mineralogy of the Martian surface and assist with rover operations.

A set of sensors to provide measurements of temperature, wind speed and direction, pressure, relative humidity and dust size and shape.

An X-ray fluorescence spectrometer with high-resolution camera to determine the fine scale elemental composition of Martian surface materials. PIXL will provide capabilities that permit more detailed detection and analysis of chemical elements than ever before.

A ground-penetrating radar to provide centimeter-scale resolution of the geologic structure of the subsurface.

A spectrometer to provide fine-scale imaging and use an ultraviolet (UV) laser to determine fine-scale mineralogy and detect organic compounds. SHERLOC is the first UV Raman spectrometer to fly to the surface of Mars and will provide complementary measurements with other instruments in the payload.

An instrument that can provide imaging, chemical composition analysis, and mineralogy. The instrument can detect the presence of organic compounds in rocks and regolith from a distance. This instrument also has a significant contribution from the Centre National d’Etudes Spatiales, Institut de Recherche en Astrophysique et Planétologie (CNES/IRAP) France.

Perseverance also has an ingenious payload strapped to its underbelly that may allow the first powered flight in the red planet’s atmosphere, it the Mars Helicopter (christened ‘Ingenuity’).

The spacecraft was launched back in July (30th 4:50 a.m. PDT (7:50 a.m. EDT) in the midst of the pandemic. This was a feat itself. An Atlas V-541 rocket was used, being one the largest rockets available for interplanetary flight1. The same type of rocket was used for the InSight and Curiosity Missions to Mars. It departed Earth at a speed of about 24,600 mph (about 39,600 kph) and travelled 293 million miles (472 million kilometers), taking 203 days to arrive at Mars. On February the 18th the 1,026-kilogram robotic geologist and astrobiologist touched down and has already sent some photographs back and even the helicopter has checked in. It;’s now undergoling several weeks of testing before commencing its two year science investigation programme of the Mars’ Jezero Crater. 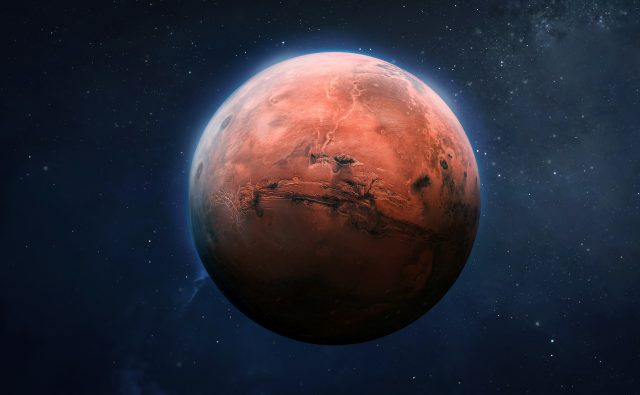 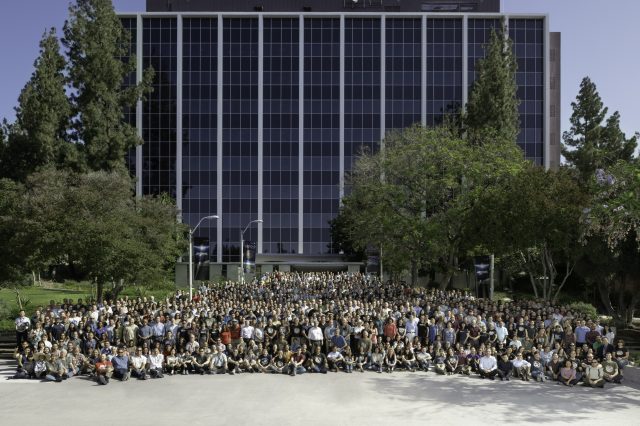 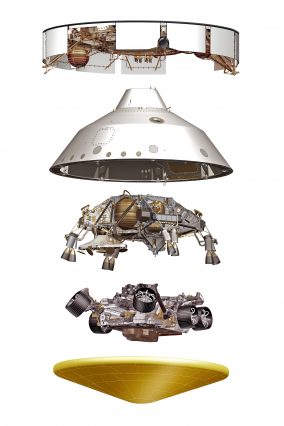 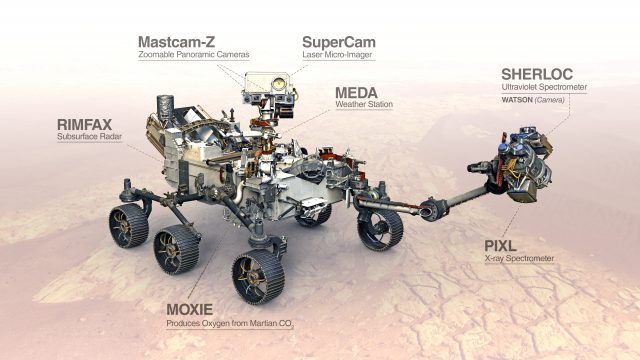 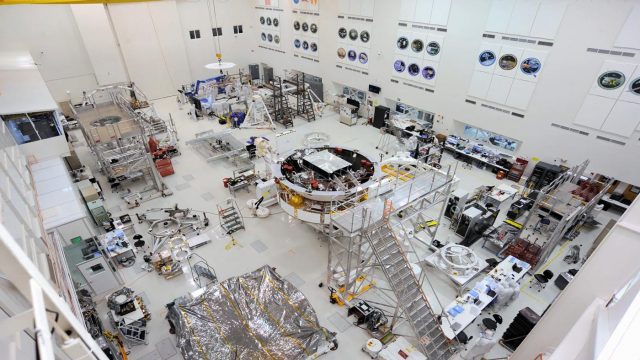 Assembly of the Mars Mission 2020 spacecraft 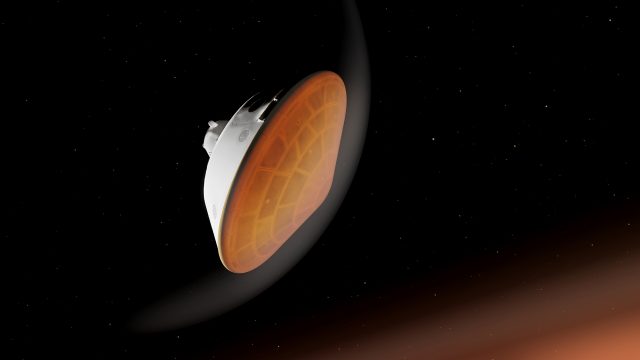 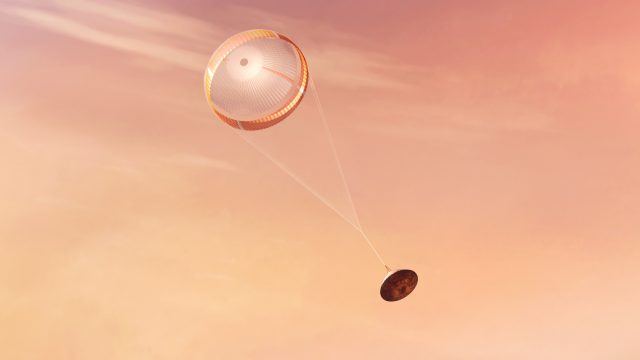 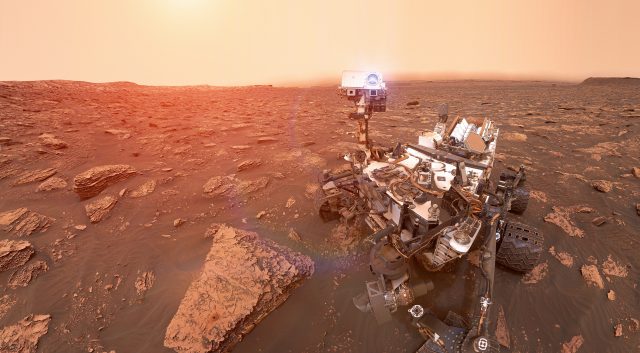 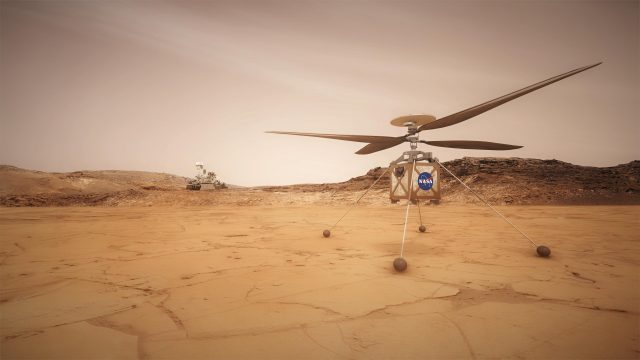 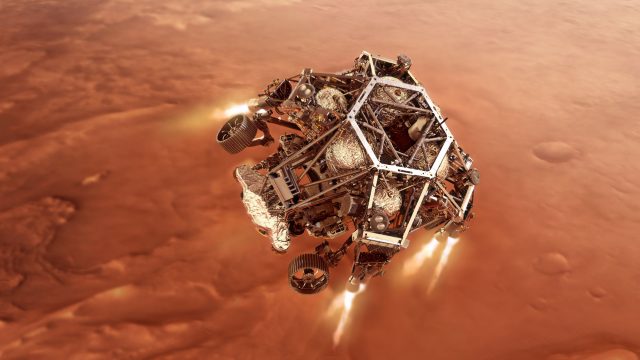 Rover near to touch down 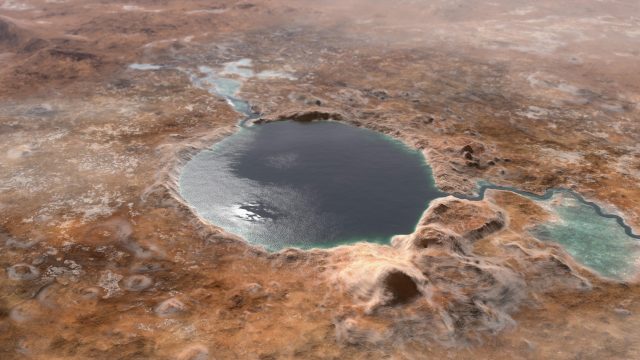 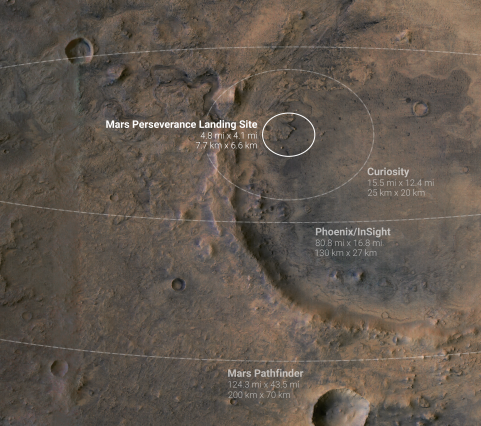 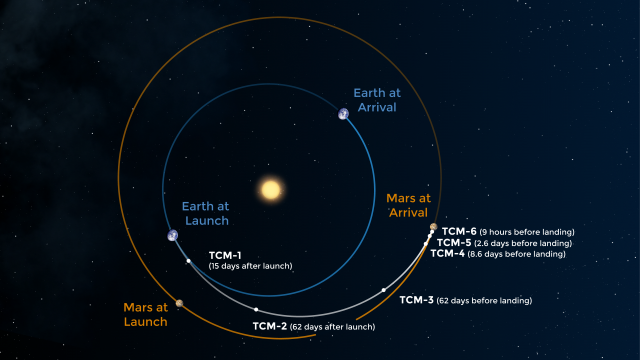 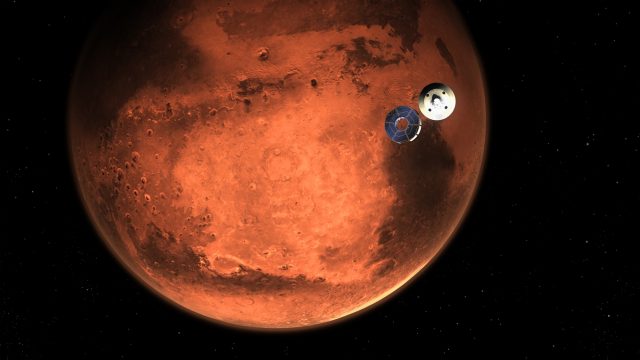 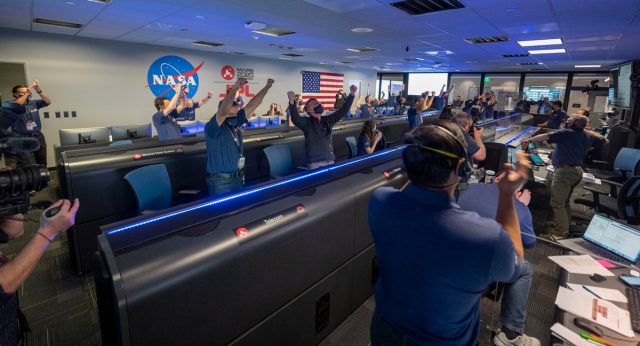 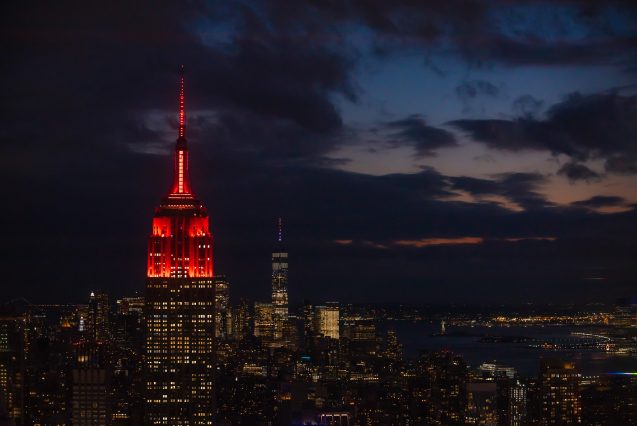 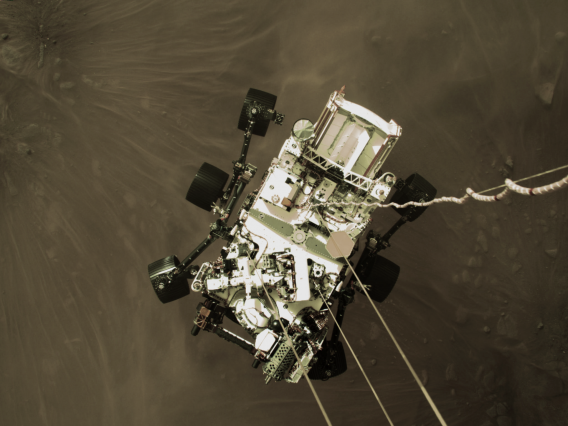 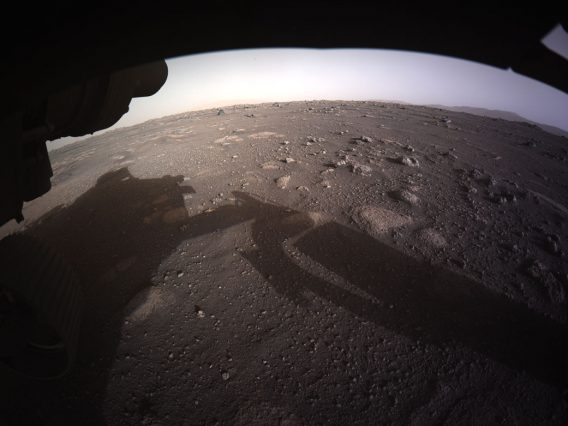 First picture from the surface 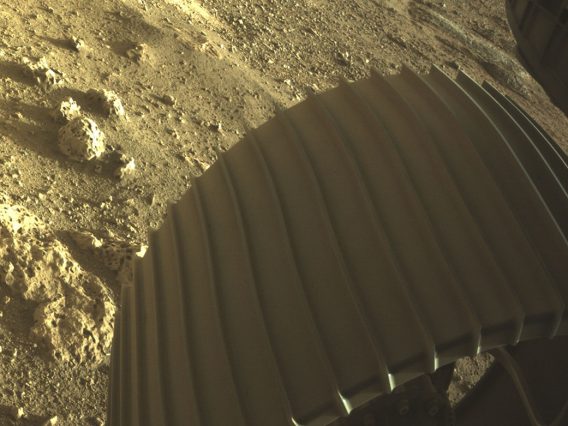 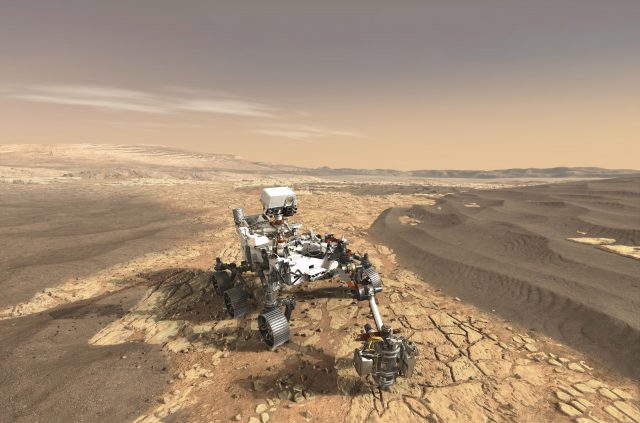 he Perseverance rover deploys its equipment 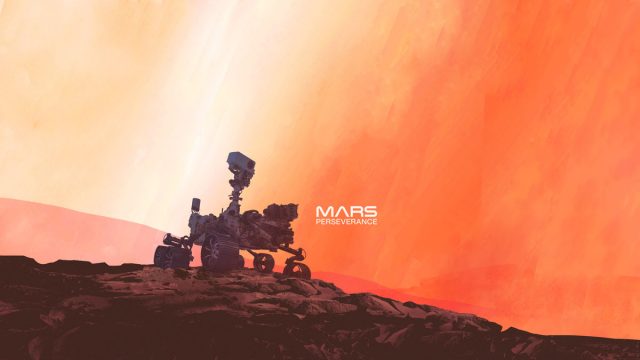 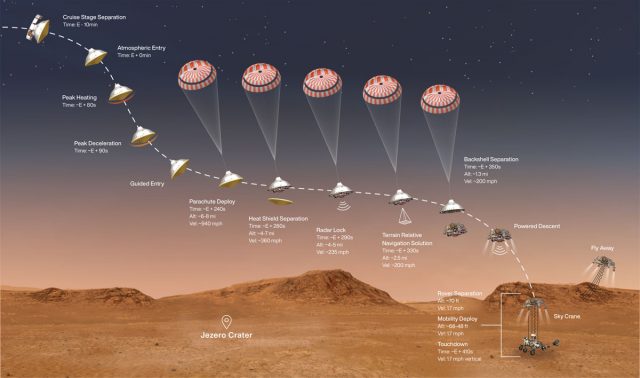 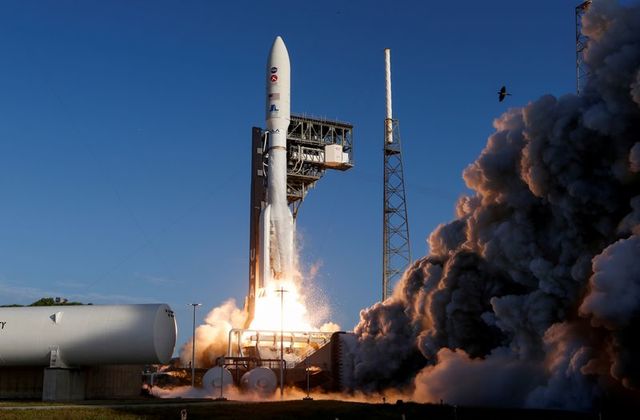 The rover will investigate the rock and sediment of Jezero’s ancient lakebed and river delta to characterize the region’s geology and past climate. To get some of the samples that Perseverance collects NASA and the European Space Agency (ESA) is planning  the Mars Sample Return campaign.

I realise that we are still in the grip of a pandemic and people are dying as a consequence but that is a key reason why we should continue to pursue exploration such as this. The science it generates may provide solutions to further the human race beyond the 21st century, to help tackle future pandemics and the sequelae of climate change. For me it is also inspiring and invigorating. I can’t wait to see the science.

It is likely that NASA were themselves blown away by the vidoe footage below despite having created the cameras that captured it. I was. The video shows Perseverance’s decent onto the Mars surface in glorious high definition. The views captured by the cameras include a camera looking down from the spacecraft’s descent stage, a camera on the rover looking up at the descent stage, a camera on the top of the aeroshell (a capsule protecting the rover) looking up at that parachute, and a camera on the bottom of the rover looking down at the Martian surface. The audio embedded in the video comes from the mission control call-outs during entry, descent, and landing.